What's the difference between intelligent, residual and intelligent hauntings and are there any connections between them?

Deedee, Sara and Courtney discuss their understanding of what intelligent, residual, and poltergeist hauntings are, as well as their theories about these various types of hauntings.

But before they do, they briefly talk crystals. Which ones they have. Which ones have called to them. And if they notice any changes in themselves or their environments while using or wearing them.

Then they start talking types of hauntings of the paranormal.


Courtney shares her experience staying at the Shilo Inn in Salt Lake City, Utah, when the sound of children giggling in the drawers of her room woke her up one night. When she got up to investigate, something also flew at her en route to the bathroom. Was it the ghosts of the children who Court later learned had been murdered at that hotel? And was it a residual haunting or was it intelligent? Sara and Deedee weigh in with their ideas. 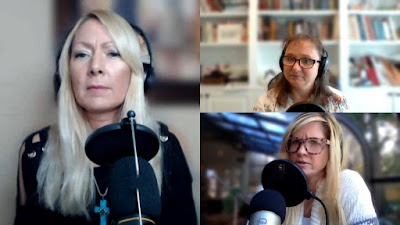 What Makes It Messy

The run time. The ghouls know they got carried away with this episode --time-wise, that is.

P.S. Going forward they'll strive to trim their talks to closer to an hour. Will they succeed, or will they lose track of time because making A Haunt Mess is so much fun? That's TBD, but keep tuning in to find out! 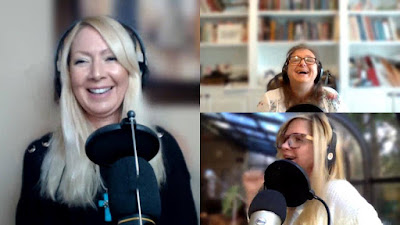 Hosts: Deedee, Sara, and Courtney
Posted by Madeupgirl at 2:22 PM