Deedee, Sara and Courtney contemplate causes of and for shadow people and mists, but first they try to debunk a growl.
Grrr 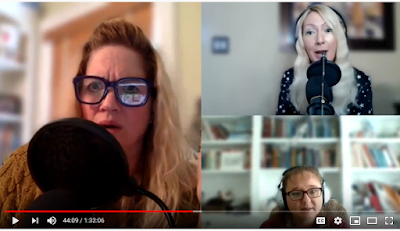 During their Spirit Attachments episode, Sara heard something while Deedee was talking. She immediately asked, "What the hell was that? Did you hear that?"
However, neither Deedee nor Courtney did.


But a listener did. (Michael, one of Deedee's awesome #HauntedHour Tweeps.) He told them it was around the 44 minute mark, so the ghouls went back to listen and sure enough. There's the growl and Sara asking about it soon afterward.

But what is it? An airplane flying over? One of them bumping their mic or dragging a cup? One of their phones receiving a text on vibrate? Sara's dog? Courtney's stomach growling? Sara's haunted doll, Eleanor, trying to communicate? Or is it the spirit who may have followed Deedee home that the ghouls discussed in the A Haunting in Vegas episode?

They spend some time recreating the conditions from the Spirit Attachments episode to see if they can reproduce the growl. They even conduct an experiment with Sara using her Shack Hack and Deedee using her P-SB7 spirit box to see if that might provide any clues. Does it? 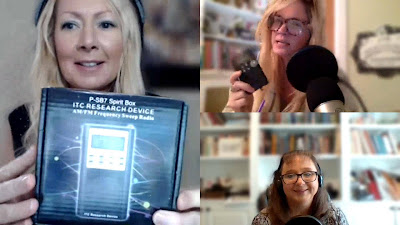 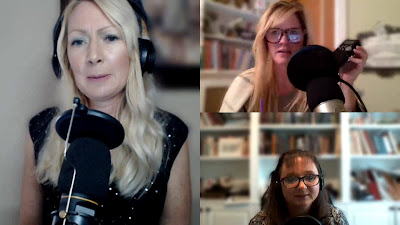 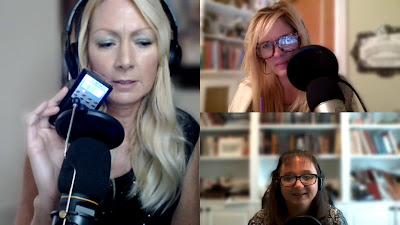 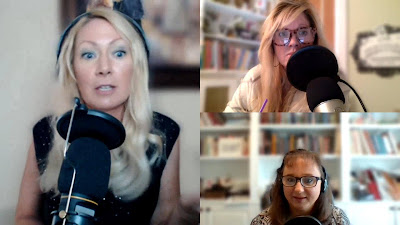 Shadow People Did Courtney suffer sleep paralysis-induced shadow people hallucinations as a teenager? Is that why she often saw a shadow man's form stretched on the hall outside her bedroom? Or, as Deedee pointed out, did the shadow person cause the sleep paralysis?

What are shadow people? Bad? Residual energy? Ghosts of deceased angels of death?

The ghouls admit they don't have any answers, but it prompts a lot of good discussion. 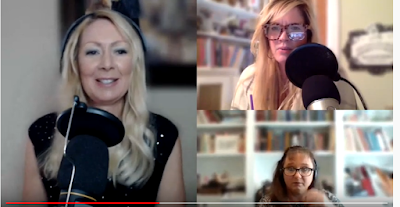 Mists What was the mist Deedee captured in the El Campo Santo cemetery in San Diego? It's perplexed her ever since.

She has a weird mist coming out of her phone. She's sitting on the couch, her phone is on the table next to her, but something is coming out of it. Something no one saw while the photograph was being taken. (If they had, they likely would've thought it was about to blow up or something. But Deedee said her phone wasn't on the fritz.)

So what was coming out of her phone?

And is mist energy at all connected with or similar to shadow people?

Again, the ghouls don't know. Will their conversation inspire new thought processes or create more of a haunt mess?

This is the other mist picture Deedee was sharing 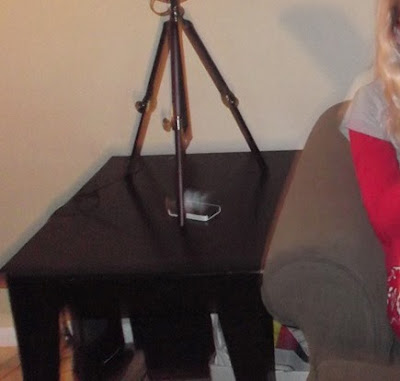 Read The Shadow Stalker on Amazon, a short story Courtney wrote inspired by her shadow person experience growing up.

We also got a few responses during our ghost box session. What do you hear?