What do the paranormal, history and respect all have in common? Penny Griffiths-Morgan!

Penny Griffiths-Morgan is the host of Haunting Histories, which is a radio talk show.  She's also the author of two books, My Haunted History and A Haunted Experiment, and a contributor for Haunted Magazine. 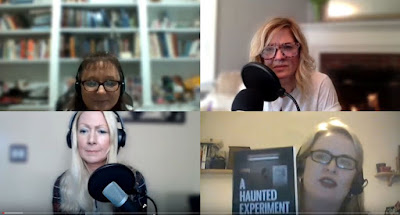 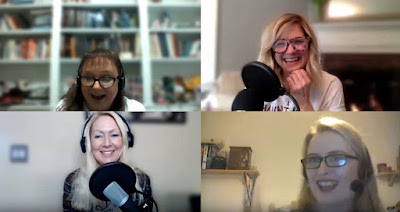 Deedee met Penny via Twitter. Living in California and having toured the ship herself, Deedee was especially curious about Penny's Queen Mary episode with Aiden Sinclair.

The ghouls began talking about the Queen Mary, its ghost stories and paranormal activity, but then quickly realized Penny had a fantastic sense of humor, as well as a solid appreciation for morals, ethics and respect for investigating ghosts. The chat rapidly evolved into how Penny got involved in the paranormal, investigations she's been on, her love for history, and giving respect to the sentient beings (ghosts) we're all so curious about.

She placed surprising "blame" on who and why she got involved in the paranormal: It's all due to some Americans. Specifically Chris and the Tennessee Wraith Chasers!

What Makes This Episode MessyBang for the buck.

Bottoms - like the "bumpy bit" on the side of England that looks like a backside and Henry Cavill's butt.

“Nightmare Machine” by Kevin MacLeod / Incompetech
Posted by Madeupgirl at 9:15 AM