What did Keith Linder think about the Ghost Adventures: Screaming Room episode?

Keith Linder, the former occupant of the Bothell Hell House that was featured on the "Demons in Seattle" Ghost Adventures episode, joined the ghouls to dissect the Ghost Adventures: Screaming Room episode that revisited the case. 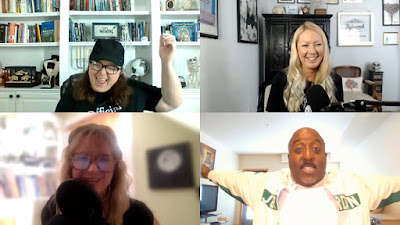 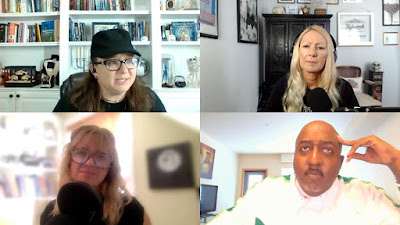 "Demons in Seattle" ended up being one of Ghost Adventures most controversial episodes. Keith and his then-girlfriend, Tina, found themselves being portrayed as either faking it or being the ones sparking the activity.

So what did Keith think about what Zak and crew had to say upon reviewing this case?

Both him and the ghouls agreed it was just a rehash of the episode with no new ground or questions being raised. Also, there was no follow up with either Keith or the new occupants of the house, making it rather disappointing.

Deedee also shared the results of the #HauntedHour poll. The question had been" What does your house's haunted mean to you? Who qualifies it as haunted?"

87% of respondents said their experiences were what qualified their house as haunted.

Being grounded for life for real

Deedee, Sara, and Courtney
Posted by Madeupgirl at 1:14 PM