The "What do you think?" Richard Estep Episode


Paranormal investigator, author and EMT Richard Estep joins two of the ghouls plus one of their sisters in this week's episode.

In their very first recording without all three ghouls present, Sara and Court --with the help of special guest ghoul, Deborah, who is Sara's sister-- welcome author, paranormal investigator and EMT Richard Estep. 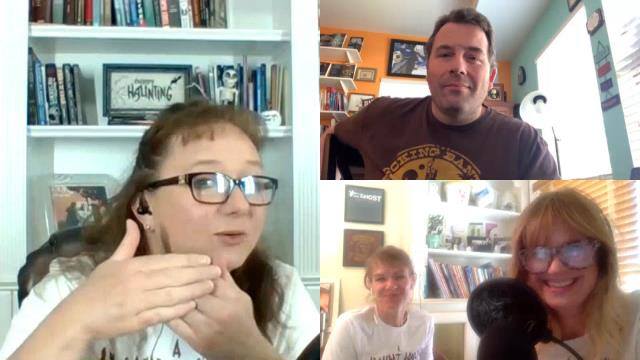 Which is a good moment to answer the question we know we'll get: "Where was Deedee?"

We'd love to say she took a much-needed vacation, but no. One of her cats, Gemini, had a life-threatening emergency that required Deedee to rush her to the vet. We are happy to report that the operation was successful and Gemini is healing nicely!

And now for a quick summation of what this episode is all about...

You may have seen him on TV or read one of his books, but don't let that fool you --or lead you into thinking he thinks he knows any more than anyone else about paranormal investigating.

Not that Richard Estep doesn't know what he's doing. He knows how to conduct an investigation, use the gadgets, etc, but he's not out to tell anyone what he's caught is 100% proof of anything.

Richard is the first to admit there are no true experts in the paranormal and to say that even though it may seem like being on TV is the Holy Grail end-all-and-be-all for investigators, it's really not --unless you're in it for fame-seeking and ego-boosting, which Richard is not. He refuses to let TV swell his ego and make him think his opinion or observations are any more important than anyone else's.

He is the personification of "down to earth." When he asks, "What do you think?" he genuinely wants to know and to spark a discussion. It may lead to a new way of not only thinking or viewing something, but also to new ways of conducting investigations and gathering evidence.

When the paranormal becomes a profession

Deedee, Sara, and Courtney
Posted by Madeupgirl at 5:27 PM