The UFOs and Ufology Episode with Kat Hobson

The ghouls get a crash course in Ufology from Kat Hobson. 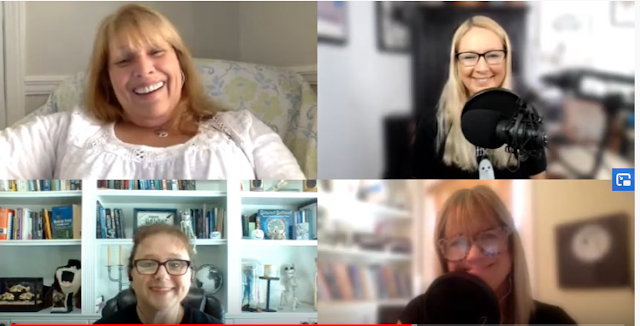 It was thanks to a serendipitous suggestion from Rick McCallum that the ghouls connected with Kat. They had been wanting to talk with someone about UFOs and UFOology and when Court mentioned it to Rick, he immediately said, "Kat Hobson!"

If she wasn't the last one, she was one of the last, to interview the esteemed physicist and ufologist Stanton Friedman.

And as a host, an investigator, and a frequent speaker and attendee of paracons and UFO cons, Kat is a wealth of information about all facets of the paranormal, from ghosts to black-eyed children and UFO sightings and alien abductions.

She also shared a bit about being on Portals to Hell due to her experience at the Old Paulding Jail.

She was even a zombie for a day.

The ghouls really enjoyed talking about science, teamwork (or lack thereof in some circumstances), and paranormal investigating with the multidimensional, delightful and engaging Kat Hobson.

HAUNT MESS HEADLINE OF THE WEEK

There were only two to pick from this week:


WHAT MAKES THIS EPISODE MESSY